When I had my shop in Seattle, I had a customer come in and tell me how he liked to use Preparation H on his eye bags to make them go away. Needless to say, I was greatly disturbed to learn that people were regularly slathering ass cream under their eyes. I immediately (and a bit angrily) whipped up what is now No Baggage Eye Gel and told him to throw away the ass cream.

No Baggage is a lightweight gel good for all skin types. It has multiple active ingredients that function to reduce edema and dark circles, and with the addition of sea kelp bioferment and its powerful film-forming ability, it also ‘wakes up’ tired-looking eyes, helps to cover up the fact that you have been crying, and is a goddamn miracle during allergy season. This is a must-have for everyone’s regimen.

PRO TIP: Keep your No Baggage in the fridge so it’s cold when you apply it! It is even more amazing.

Aloe vera: Aloe vera has been shown to have anti-inflammatory, hydrating, and antioxidant activity with regards to skin. In this formula, it is present as both a moisturizing agent and an anti-inflammatory active.

Jojoba oil: Jojoba oil is a lightweight, fast-absorbing oil with a structure similar to that of sebum, which is produced by the skin. It is a great emollient to use in formulas for oily/combo skin because it won’t cause breakouts. In this formula, it is present as a fast-absorbing emollient.

Grapeseed oil: Grapeseed oil is another fast-absorbing, non-greasy oil. It is also a good oil for combo/oily skin, as it won’t cause breakouts either. It has a high concentration of antioxidants and unsaturated fatty acids. It is present in this formula as a fast-absorbing emollient.

Sea Kelp Bioferment: Sea kelp bioferment is a natural kelp extract that has been derived by fermentation of sea kelp by Lactobacillus, the same bacteria that produces yogurt, sour cream and sour dough breads, among many other foods. Fermentation breaks down the cellular tissue of the kelp leaf, thereby increasing the bioavailability of the naturally occurring chemical compounds abundant in kelp. It is a potent film-former, and is also quite moisturizing without being greasy.

Acetyl tetrapeptide-5: is a tetrapeptide with anti-edema properties that is highly effective in reducing puffy under eyebags as well as dark circles.

Hydroxyethyl acrylate / sodium acryloyldimethyl taurate copolymer: This ingredient is the gelling agent for the serum. It is a Hydro-Swelling Droplet (HSD) form of emulsifier, and is used for cold emulsions, in which no ingredients are heated during the formulation of the product.

Lactobacillus ferment: This ingredient is a preservative, and is responsible for preventing the growth of bacteria, mold, fungus, yeast, etc.

Phenoxyethanol: This ingredient is a preservative, and is responsible for preventing the growth of bacteria, mold, fungus, yeast, etc.

1 review for No Baggage Eye Gel 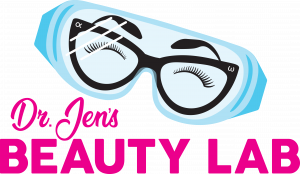